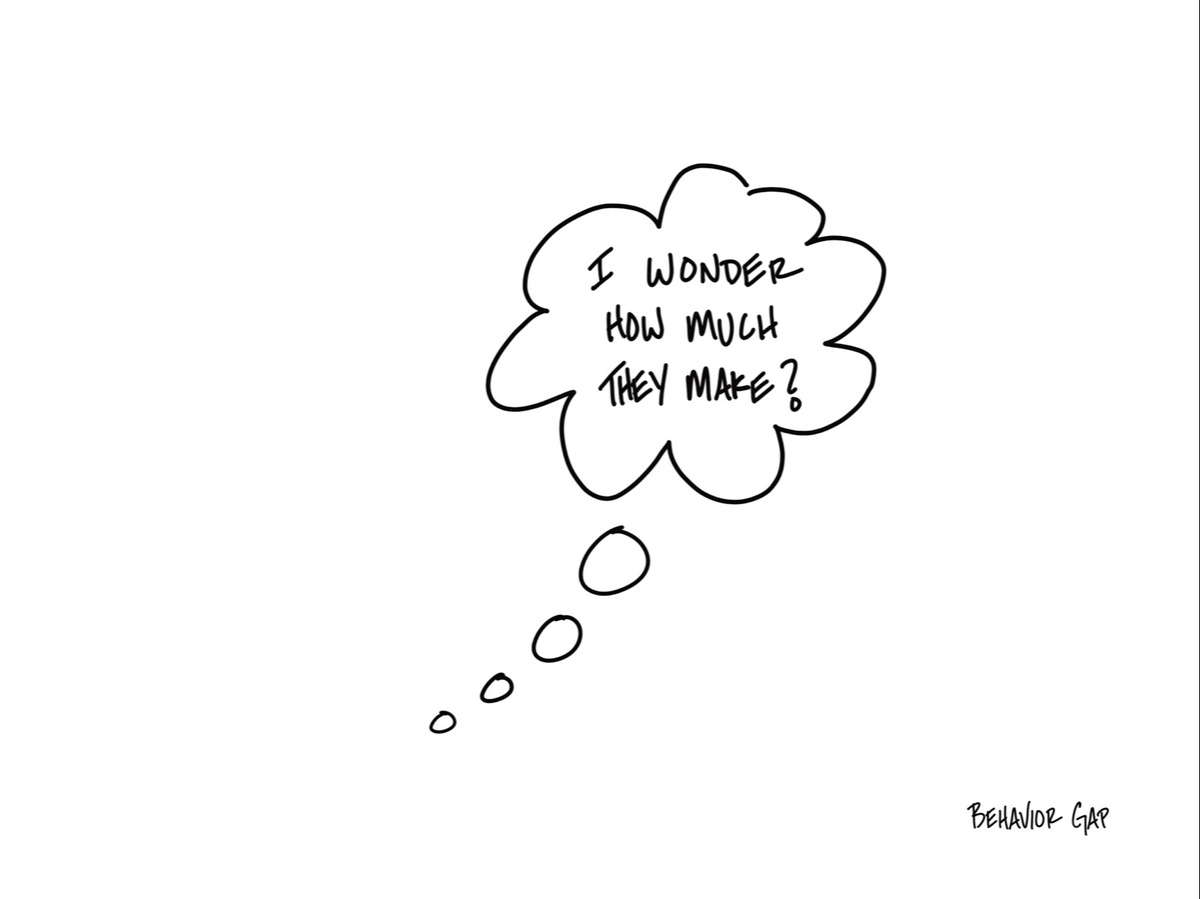 Life & Money: How Much They Make

You know what’s worse than judging a book by its cover?

Judging a book by its cover… and then making financial decisions based on what you guess the book might tell you.

And yet, we do this all the time. Not with books, but with people.

A smart economist named James Duesenberry called this The Relative Income Hypothesis. According to Mr. Duesenberry, people tend to spend more “because the higher spending of others kindles aspirations they find difficult to meet.”

Can we pause for a second and just think about that? Not only do we judge people for, say, the vehicle they’re driving (#NiceRangeRover, bro), we’re also likely to spend more on our own ride just to keep up.

My question is… WHY?

Let’s call these stories what they are: fictional narratives. Layer upon layer of assumptions that have no basis in reality.

These stories are incredibly insidious—they seem to sneak into everything we do. The truth, though, is that you just don’t know.

That, my friend, is the worst form of speculation…