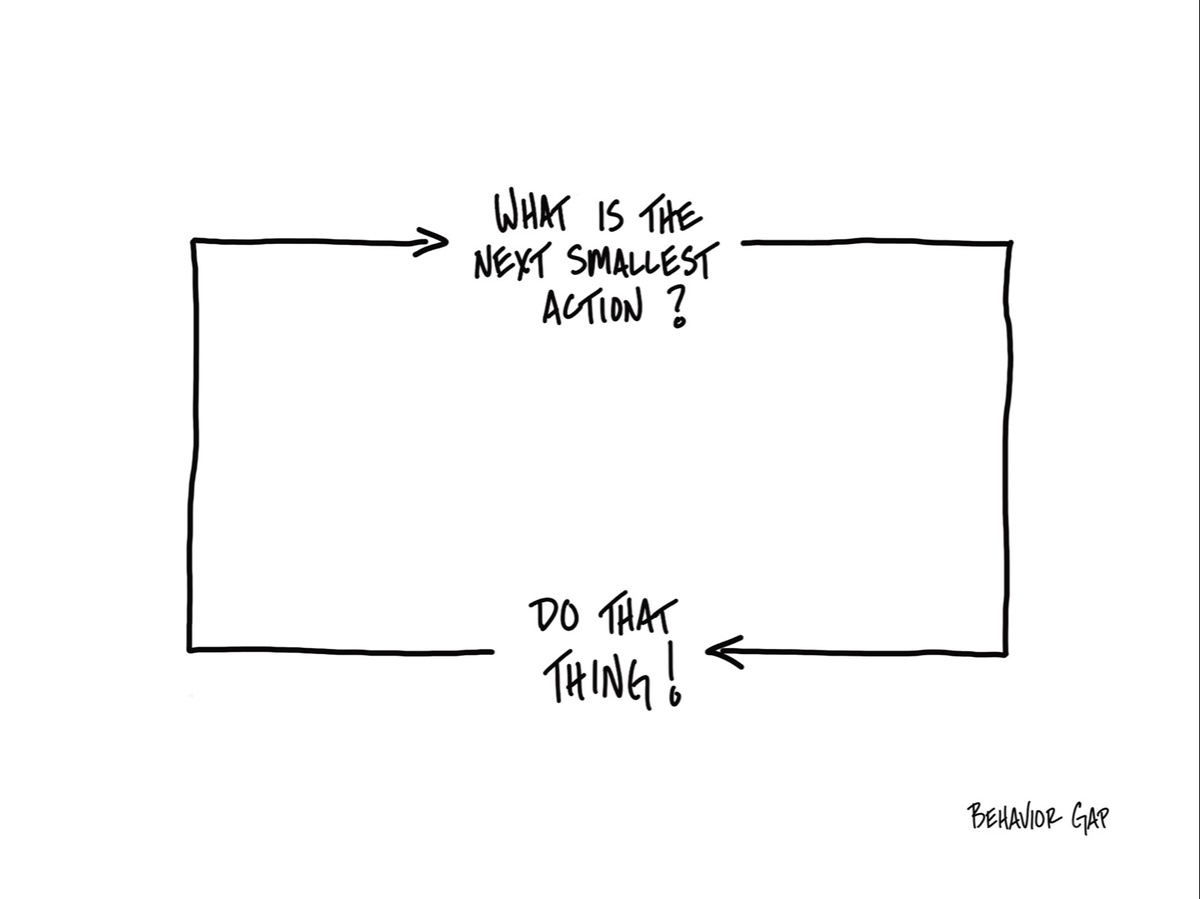 Reem Kassis, has an amazing story that can teach us a lot about getting things done.

Reem grew up in Jerusalem, came to the United States, got an undergraduate degree at the University of Pennsylvania, got a job as a consultant for McKinsey & Company, then took a leave to have her first child.

Around that time, she decided she wanted to make a cookbook. She wasn’t a writer or a chef. She didn’t have a side hustle at a restaurant, a blog, or an Instagram account. All she had was a dream.

Oh, and she had roadblocks. Enough roadblocks that most people would have labeled her dream unrealistic and given up.

But instead of giving up, Reem just asked one incredibly powerful question: What’s the next smallest step?

At one point, the answer to that question was to go to the book store and look at cookbooks. Then the answer was to read the acknowledgments in the books she liked. Then it was to research all the agents whose names she found. Then it was to send targeted query letters, one agent at a time.

Eventually, she landed an agent, and now there’s a published cookbook with her name on it. Of course, there’s much more to the story, but the important point here is the power of thinking in terms of the next smallest step.