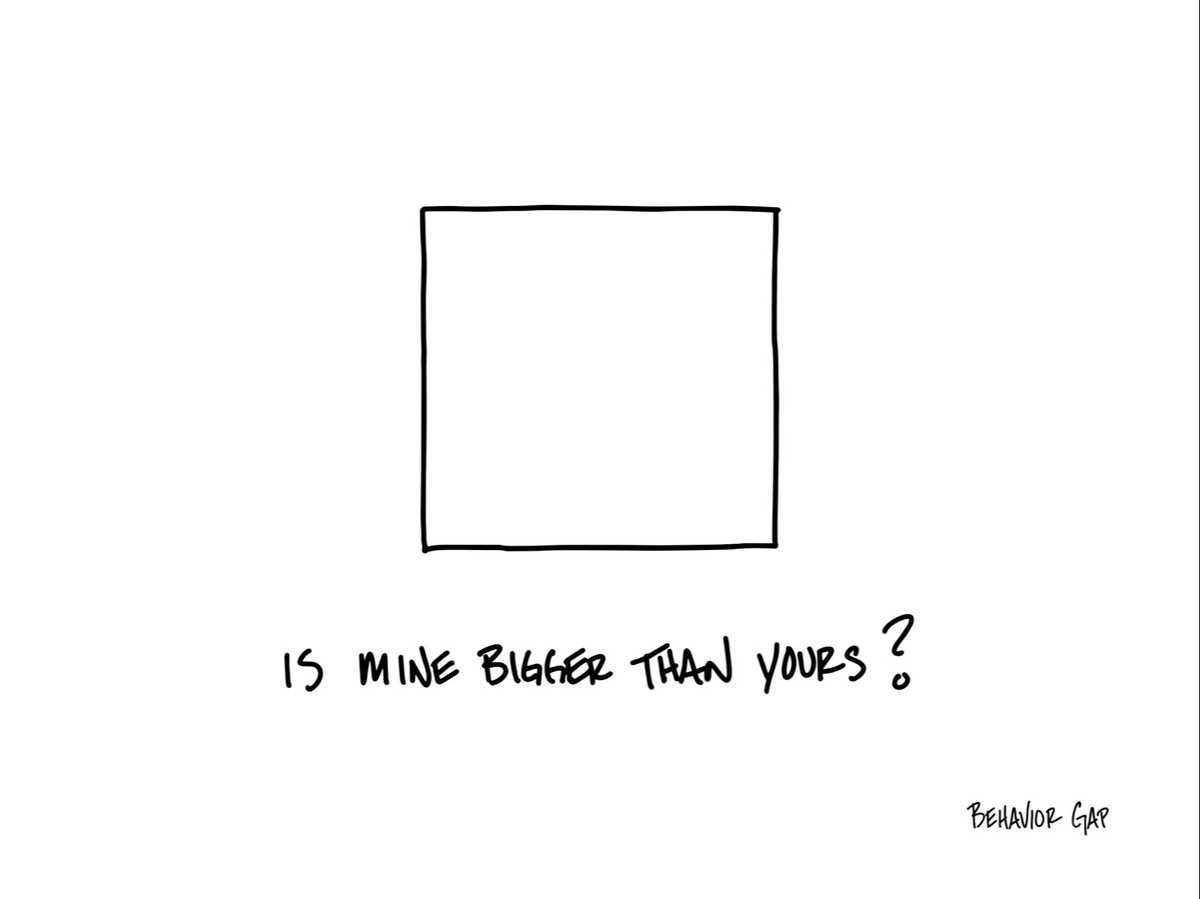 Life & Money: Bigger Than Yours

We are obsessed with comparing ourselves to others.

This is pointless behavior, of course. How other people are doing has nothing to do with how you are doing. But it’s what we do.

Don’t believe me? Consider this:

People were told to assume that everything else (like the economy, the value of the dollar, etc.) stayed equal. So more money meant the ability to buy nicer things.

Obviously, you’d pick Option 2, right? Of course we would want more money, independent of what everyone else had.

Half the people in the study didn’t want more money… they just wanted to have more than everybody else, even if it meant having less overall.

It also shows just how competitive we are. We’ll sacrifice our own well-being just to do better than someone else.

My advice? Stop thinking about everyone else. It doesn't matter how big anyone else's house, truck or 401k is... because they aren't you.