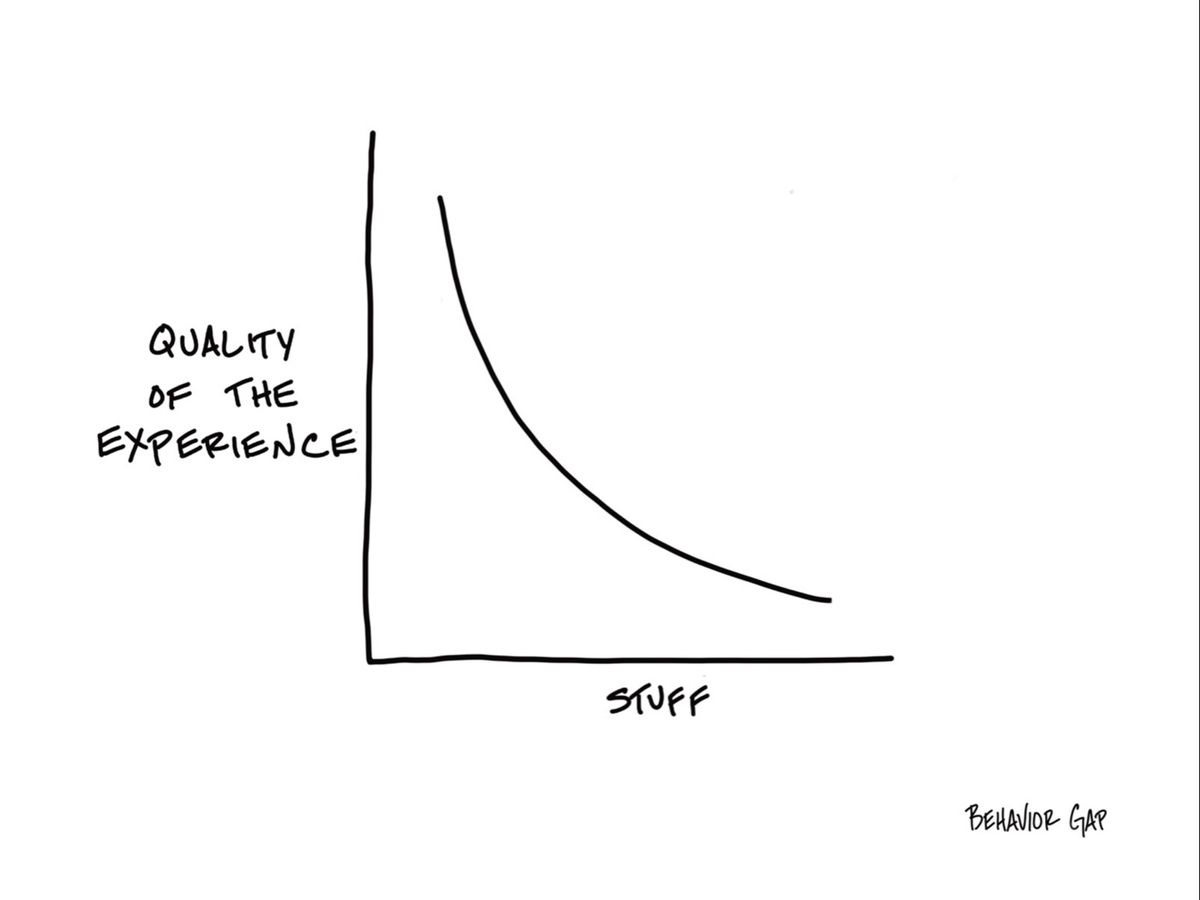 When people think of mountain climbing, they tend to think of Mount Everest, armies of Sherpas, an insane amount of equipment in a jam-packed basecamp, miles of rope anchored to the mountainside, etc. For a very long time, many people considered this technique—what’s called siege style—the best way to climb a mountain.

1. Collect everything you think you will want.

2. Remove items one by one until you’re down to what you’re sure you will need.

3. Put that in a rucksack, climb up the mountain, and get off as quickly as possible.

The focus shifts from the traditional siege mentality of “attacking” the mountain to one of moving fast and light to the summit and back down again. Some alpinists even describe it as working with the mountain.

But rather than do what everyone else did, he questioned everything. And with some careful planning, he stripped down his business to a file folder and an iPad. The small footprint gave him a ton of flexibility, which created many more options for him both professionally and personally. Now he’s applying the same alpine- style tactics to other areas of his life.

A lot of us seem to live our whole lives according to this siege mentality. Is our house big enough? Do we have nice enough things? Do our kids go to good enough schools? Because everyone else thinks this way, these things begin to seem an awful lot like necessities. Along the way, we lose track of the real purpose of life. Things and stuff shift from being a means to an end (whatever our purpose is) to being the end in and of themselves.

Of course, alpine climbing isn’t just more efficient, it’s also a statement of style. It comes from the belief that how we get to the summit matters more than if we get to the summit. For many alpine climbers, that means Everest is out, since the how involves a massive carbon footprint, exploiting underpaid Sherpas, and removing as much uncertainty as possible from the climb.

What would be out if you took an alpine-style approach to your life? How might you change?